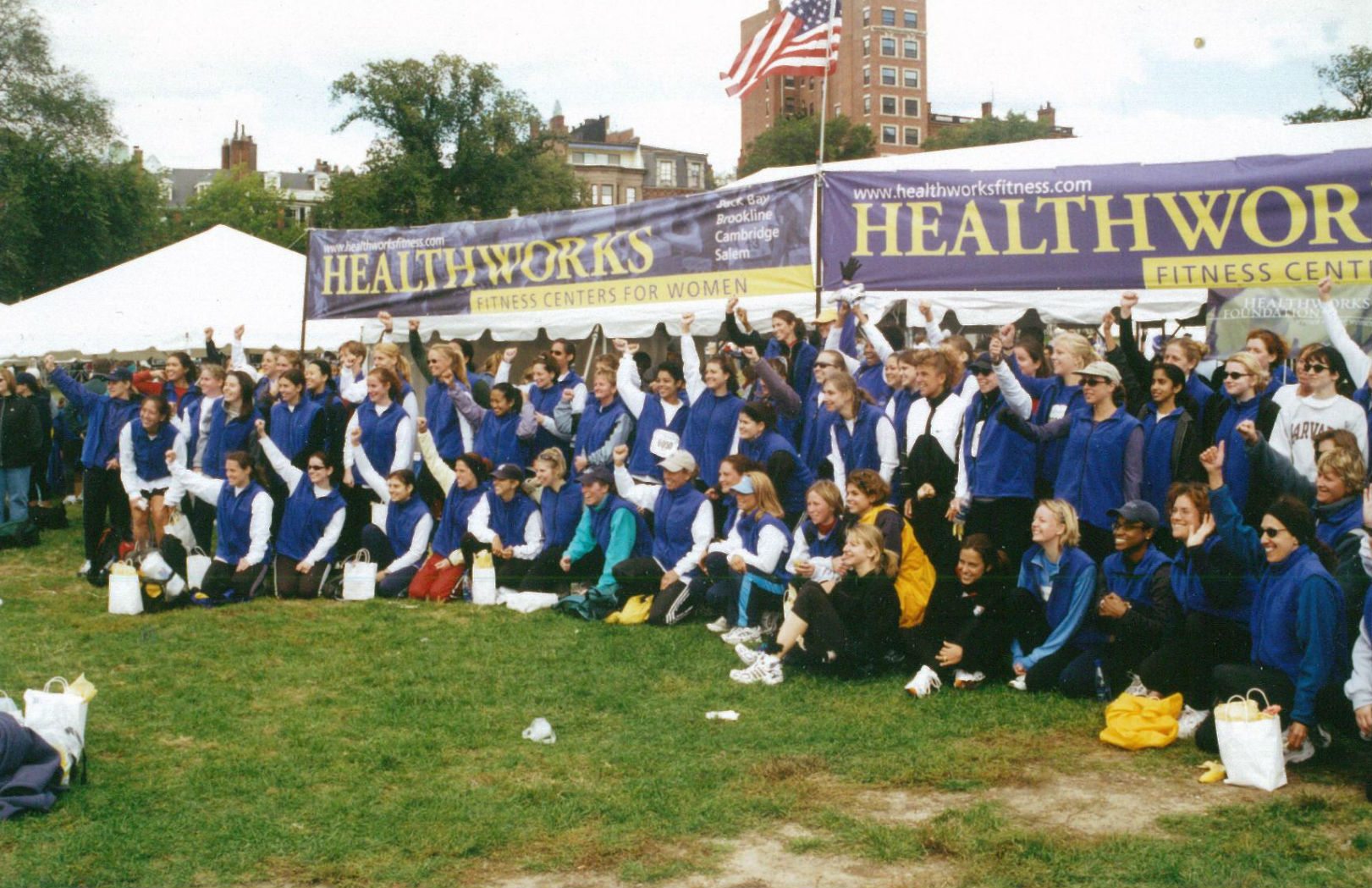 An Interview With the Harrington Family: 40 Years of Building a Healthy Community

When you learn that the co-founder took her week-old son to her office with her, it becomes all the more evident why Healthworks has thrived as a fitness business specializing in women for 40 years. Patty (Harrington) Boyd has lived the challenges that most women face. She has witnessed the evolution of attitudes toward women and fitness. And she is committed to empowering women to overcome.

The Harrington Family and the Beginning of it All

Patty and her husband, Mark Harrington, first began in the health club industry with a company called Eastern Continental that sold women’s “figure salon” franchises called Light ’n Lovely. Mark identified locations for the salons, and Patty assisted in the buildouts, including architectural drawings, equipment layout, the recruitment of management and instructors, and then the training of those staff members.

But when Eastern Continental went out of business in 1976, the couple decided it was time for women to experience something more than a figure salon. They wanted to create a world-class women’s health club.

“When we were just starting out, the idea of women sweating during a workout was considered unfeminine,” Patty said. “The early gyms were called ‘figure salons’ because it was all about just that—what a woman’s body looked like rather than what it could do. If you look at some of the early equipment in these salons, the machines were doing all the work, like Slenderizers to melt away fat and Barrel Rollers to roll out thighs and butts. Generally, a woman would just sit there and read her magazines while the machines promised to fashion her figure. Before leaving the figure salon, she was weighed, and measurements were taken to check her ‘progress.’

Mark found a location in 1977 across the street from Salem Hospital. They signed the lease, borrowed money from their mothers, cleaned out their savings, and built the club.

“It was obvious to me in the early days of Light ’n Lovely that women needed an oasis, a place where they could feel empowered, comfortable and safe, all in the camaraderie of other women,” said Patty. “We also realized that fitness could be a social thing for many of these women who were homemakers. This could be their only outlet, so the environment we created needed to be very friendly and welcoming. It needed to be a community.

You May Also Like: 5 Reasons Why Small Groups Motivate More Than Working Out Alone

“At the same time, many women were becoming inspired by the new wave of feminism and the passage of Title IX in 1972. As more and more women began to leave the role of homemaker for outside employment, they were gaining confidence through sweat. Climbing the Stairmaster translated into climbing the corporate ladder. We were inspiring the human spirit in so many amazing ways.”

Building that first club wasn’t without its challenges. Patty describes dinner after a long day of tearing down walls with Mark—a shared hot dog from Papa Gino’s.

In early 1978, Mark started working in commercial real estate, traveling around the country four to five days a week. And not long after, in December
1978, Mark Jr. was born. But Patty was undeterred; she simply brought the family along, a decision that further shaped women’s fitness for the better.

“There was not affordable childcare at that time, so off I went to work with Mark when he was just one week old. I did the same with Matt, who was born in April 1982,” Patty said. 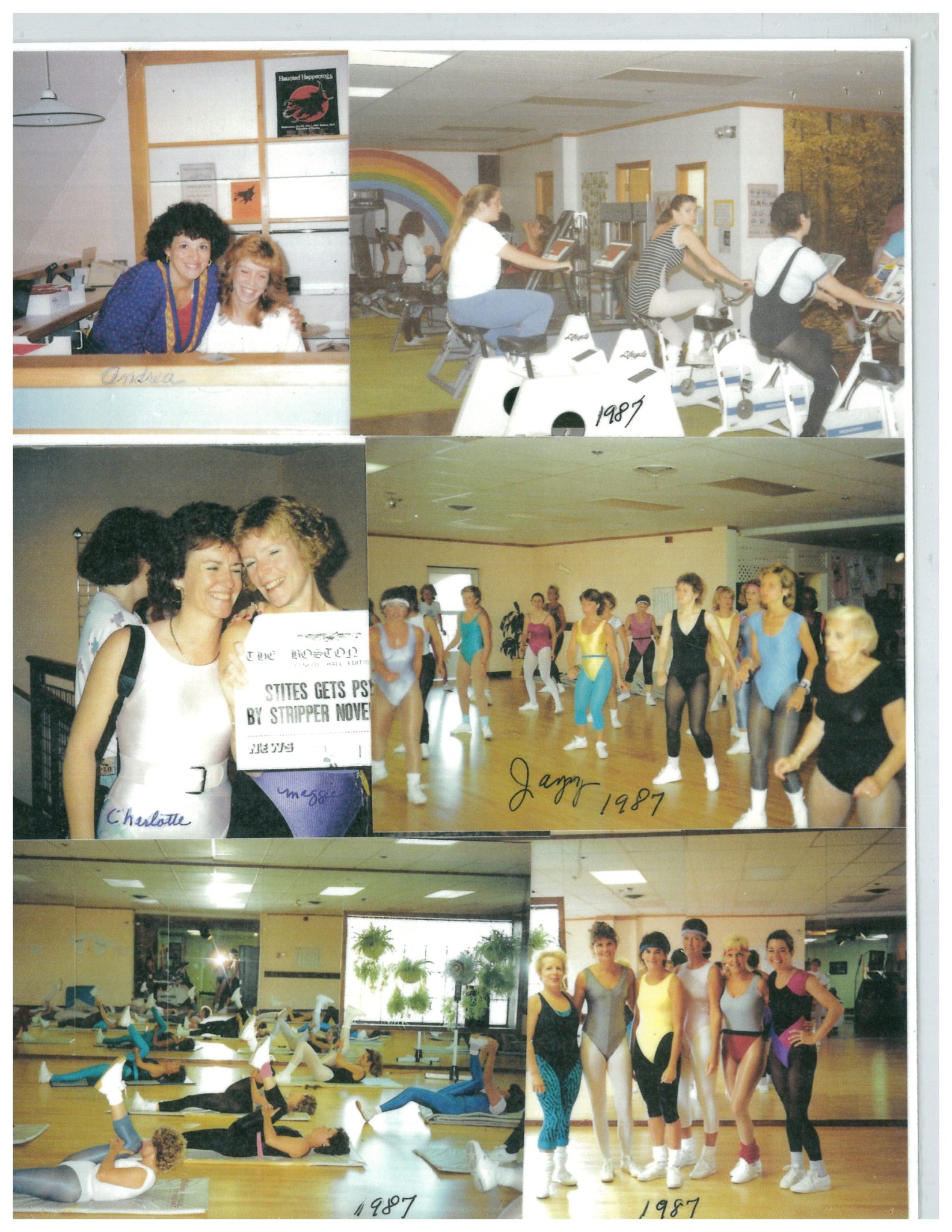 “Maternity leave? Never heard of it back then; so what do you do when you own and run a business and don’t have child care or family in the area? Take them to work with you! It was certainly a challenge! The need for a nursery at the club was as obvious to me as it was to our members. We were way ahead of the trends when it came to childcare for both our members and staff. It underlined our commitment to service, and to this day our attention to service is one of the brand’s noted strengths.”

Mark Jr. has fond memories of meeting fitness greats at the industry workshops that he attended with his parents, dinner conversations about the challenges of opening each new club, and even the occasional chance to try out the whirlpool or equipment after hours. Healthworks remains a family affair: Mark Sr. is CEO of all brands and involved in high-level direction and strategy. Mark Jr. is the President of Healthworks and Republic Fitness. Matt now runs the GymIt clubs and manages special projects and new construction for all the brands.

And while Healthworks has expanded to include co-ed fitness clubs, the mission remains squarely focused on empowering women. Light ’n Lovely was the first corporate sponsor for the Help for Abused Women and Children walk against domestic violence; today that once small grassroots shelter has grown into a renowned agency with an annual budget of over $2 million.

Patty also reached out to other agencies who could introduce her to women who could not afford to come to a health club, yet would benefit from Healthworks programs. Scholarships and other financial support grew into the Healthworks Foundation and then Healthworks Community Fitness, with two clubs servicing the Boston’s Dorchester neighbored at St. Mary’s Hospital and the Codman Square Health Center.

“Our mission has always been to change people for the better—physically, emotionally and joyfully; that includes our members and staff,” Patty said. “Empowering women was the original goal of Healthworks and continues to be 40 years later.”

Luckily for the rest of us, Patty knows the reality of that firsthand.